[SIGPLUS_EXCEPTION_LIBRARY_IMAGE_PROCESSING] This operation expects an image processing PHP extension such as GD, ImageMagick or Gmagick to be enabled in the PHP configuration, please consult your server administrator. 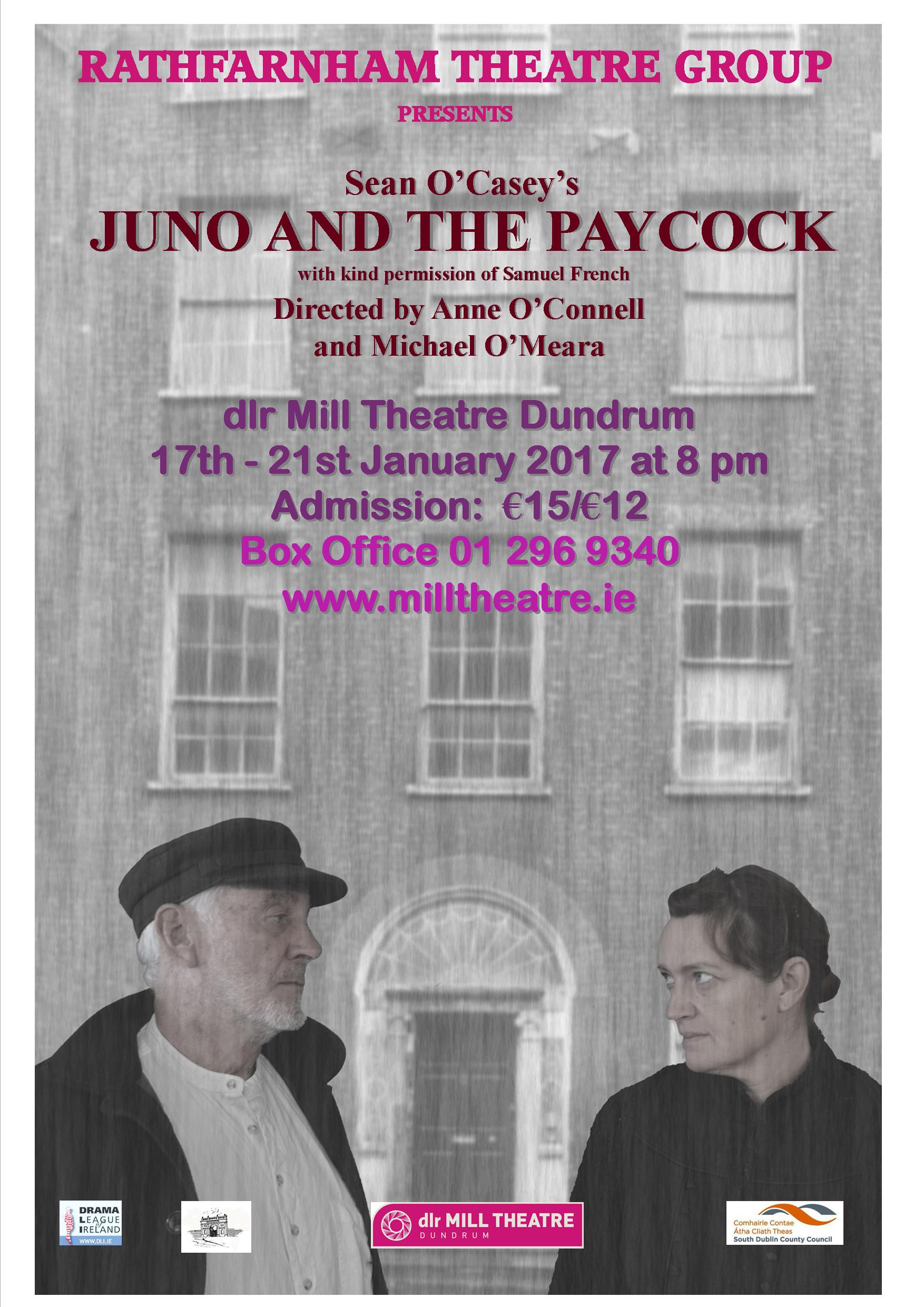 "JUNO and the PAYCOCK"

Performance in the dlr Mill Theatre

Rathfarnham Theatre Group is delighted to present Juno and the Paycock by Sean O’Casey. In this, the second part of O’Casey’s great Dublin Trilogy, the ambitions of the Boyle family are set against the political and social events of the Irish Civil War in 1922.

Juno, the spirited matriarch of the Boyle household tries to keep her family together while it is being pulled apart by growing political unrest. Her husband, Captain Jack Boyle drinks his way through his days with his side-kick Joxer Daly, while their children fail tragically in their own search for a better life. Johnny, her son, is a moral weakling who has betrayed a Republican comrade, while her daughter, Mary is vain and a poor judge of male character. Jack Boyle is a fantasist who's styled himself a Captain of the High Seas and he regularly regales his crafty companion with maritime tales whilst ignoring the reality of their tragic lives.

When the family learn of an inheritance from a distant relative, it seems that all their problems will be solved, but will they manage to transcend the events that conspire to keep them in their place?

Set in a tenement house, Juno and the Paycock is an epic tale of survival and vengeance punctuated by comedy in the midst of dreadful poverty.